She tells them about running from Gregor, and about the construction site. She tells them about finding the dog 'dead', and then, with difficulty and a good deal of confusion about which tense to use, she tells them about the bizarre moment in the trailer-office where she'd gone back in time and saved the life of a man who was already dead, and had in turn been saved by a version of herself she'd never met.

While she talks, Bina watches Amie, sitting across from her. 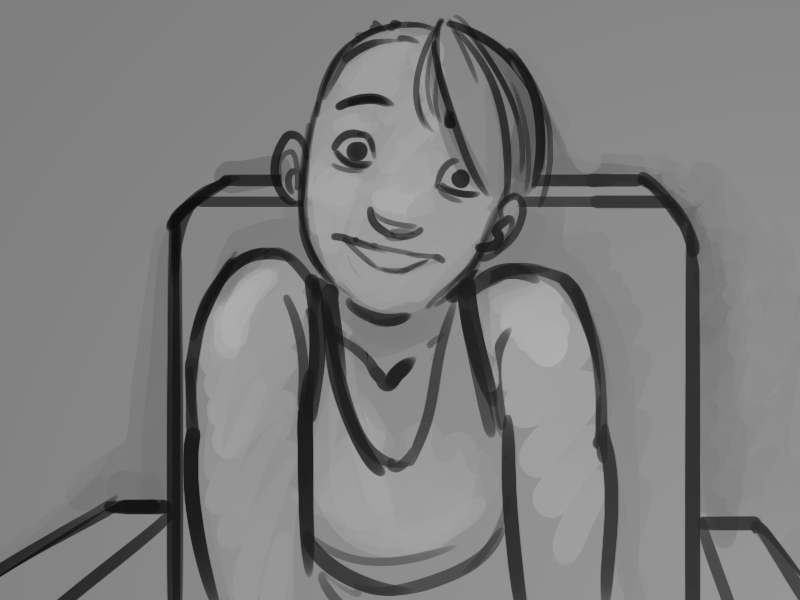 Amie loves this. The whole situation. She's trying to keep it under wraps, but she's been grinning ever since Bina started talking.

When she gets to the wall of messages, Amie's self control breaks and her questions boil over. She wants to know how time travel works, and how the other versions of Bina had sent messages across time-loops, and why they had needed a time machine to time travel if Bina can just sort of fall through time accidentally, and if there had been any version of Amie in any of those other loops and, and, and everything.

This is, Bina realizes, something akin to a religious experience for Amie. Amie who has loved Doctor Who since she was four years old.

Elizabeth worries her, but Bina worries for Amie. If there is anyone here who wants something desperately, it's her.

So Bina tells her what she wants to know.