Primary Temporal Position: 1064
Reset Temporal Position
smurfton:
Well, you already know I'm all for explaining things.
Pros: it's dangerous to not know what's happening if you are around this stuff, Amie is going to be near us anyway and she'll work stuff out eventually, the Botfly only seems to need proximity to grant wishes.
Cons: public knowledge would potentially be a very bad thing.

"We'll explain in a second Amie."

"The not-telling-people thing isn't working out," says Bina. "And I think we especially need to tell Amie because botfly reasons."

"What?" asks Kendra, and then a moment later figures it out herself. "Ooh. Yeah I didn't think about it from that angle. She would be really easy wouldn't she?"

"Hey!" says Amie, not sure if she should be mad about that one.

"Not easy like that," says Kendra. "Easy in a spooky dangerous way."

"We seem relatively safe here, and I want to wait for my sister to get back before we go anyware."

"Kendra, you're not listening. Gregor is here," says Bina. "I know it. If we leave he won't have any reason to be here. He'll go away."

"Are you sure about that? Where were you when he abducted the old man or the contractor woman? What about Elizabeth? Do you really think he'd have left her alone if we hadn't been there? And the police, the ones at the laundromat?"

"Which police?" asks Elizabeth. "What are we talking about? Is it the monsters? The power seems to be out to the whole block but I am noticing a distinct lack of monsters." 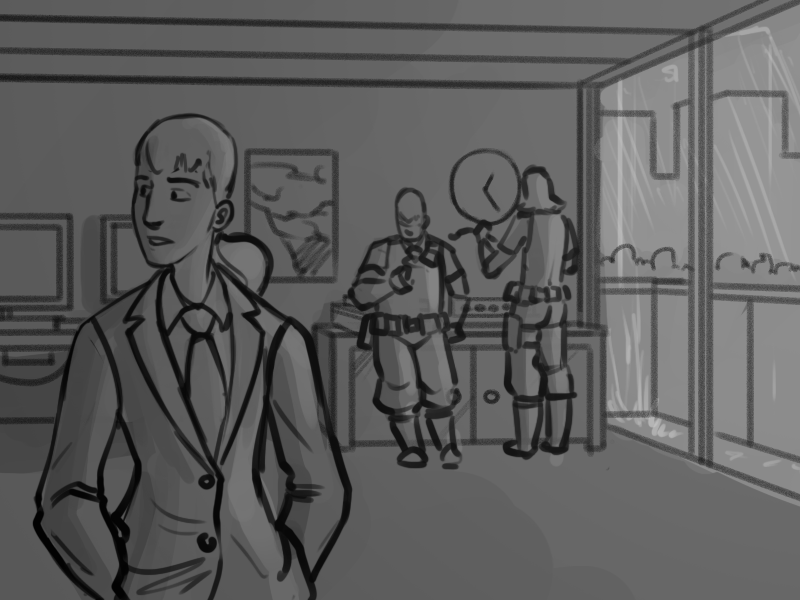 "Please try not to sound so disappointed."

"I'm not disappointed, but I am rapidly losing all credibility with our two constables over there. What is going on?"

"Gregor said he killed two police officers," says Kendra. "The ones who came to investigate the laundromat collapsing."

"This Gregor fellow sounds like a real treat," says Emmie, mostly to himself.

"What?" asks Elizabeth, surprised but only for a moment. "When did this happen?"

"Right after you fell. I don't know if it's true. He could have just been trying to scare us, but we should probably tell those two so they can call it in."

"God dangit!" says Elizabeth, and swears. "We'll have to tell them, they can call it in."