Primary Temporal Position: 1058
Reset Temporal Position
xooxu:
Not only is this a bad plan because you should not split up, but the halls are also dark. Either she'd have to take the flashlight and leave all of you stranded in the dark, or she'd be fumbling around in pitch black hallways that she probably doesn't know very well. Even if she does know them, baaaaaaad plan. She can't see any roaming, terrifying, highly disfigured corpses walking coming her way.
Dave Rapp:
Nobody is go getting anything. Stay the hell put.
rachelcp:
elizabeth as a member of an emergency spooky investigation team you should be ashamed for merely suggesting splitting up seriously one goes to the lounge then is never seen again the other goes to the power and is never seen again and then your left with a team of people that have no fighting capabilities or weapons what so ever brilliant idea absolutely briiillliant

"Uhhh, that is a really bad idea," says Bina, standing up. "A really bad one."

Medinoc:
"Go get it"? Nope. This is no time for splitting the party, we all go together.
Blue:
Don't you know, you never split the party~ /song reference
"You shouldn't go, we should stick together," says Bina standing up. "Actually we should all leave. Now."

Wessolf27:
>Everyone, especially Amie: Call Elizabeth out on her really terrible plan to split the party.

"Uh, I don't know what Bina is talking about but this is pretty spooky and, like, don't split the party right?" asks Amie. "I thought everyone knew that."

Elizabeth ignores her. "Why do you think we have to leave?" 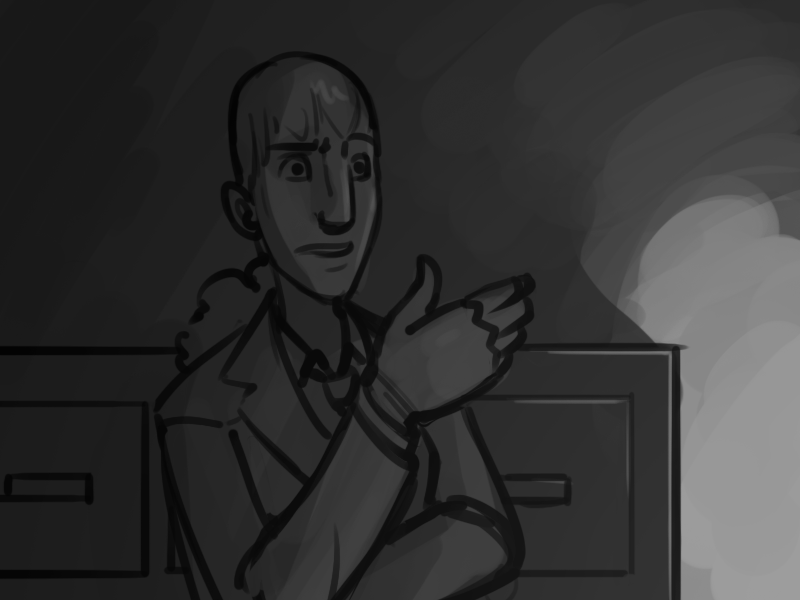 "Fine! It's monsters! OK? There are monsters and I think they are here."

"I think Gregor is with them."

"He can't get out of the hole," says Elizabeth, striving for rationality. "I disabled the crane so even if you're right -"

"- even if you're right, and even if he can somehow get passed a SWAT team, he's stuck in the incident area. Beyond that, even if he got out, which he can't how would he know you were here? It took me almost half the day and CCTV footage to find you."

The website is still pretty shakey right now, and I know there are formatting problems everywhere. If you spot one, can you make a comment on that page? I check the disqus comments daily, so I will see it if you post. Thank you everyone who has already been doing this, you are the best.

For those people who are interested, not just in this adventure but in adventures in general, I'm doing a blog series about the challenges of doing stories like this.