"Two thirty! We left the tower at two thirty! If your team had-"

"What are you talking about? It was eight thirty in the morning when -"

"That's when you fell, that's not when we caught you! You could have-"

"Well I that sure would have been something useful to know don't you think? Maybe you could have shared that, rather than being so damned mysterious about everything? I'm working blind here! What happens if they-"

"Well clearly they didn't because my brains feel fine, partial scrambling by shovel notwithstanding!"

"Have you checked in with them?"

"Your team! Your swat team!"

"Several times! Do you think I'm an idiot?"

"When was the last time?"

"An hour ago. They're heading in deeper to try to find your shovel guy and the interference got too bad. It's a big place. It could take them a while."

drakesdrum1:
Oh god, do they even know about the… I've forgotten what we settled on as a name for the time travel zombie things, so I'm going to go with 'Zeks', because I've been watching a let's play of Singularity. If they don't know about them, there's going to be even more major issues…

"So you sent them into a nightmare and you haven't heard from them for an hour? You need to get them out of there and you need to do that now, they're walking into something they are not equipped to handle." 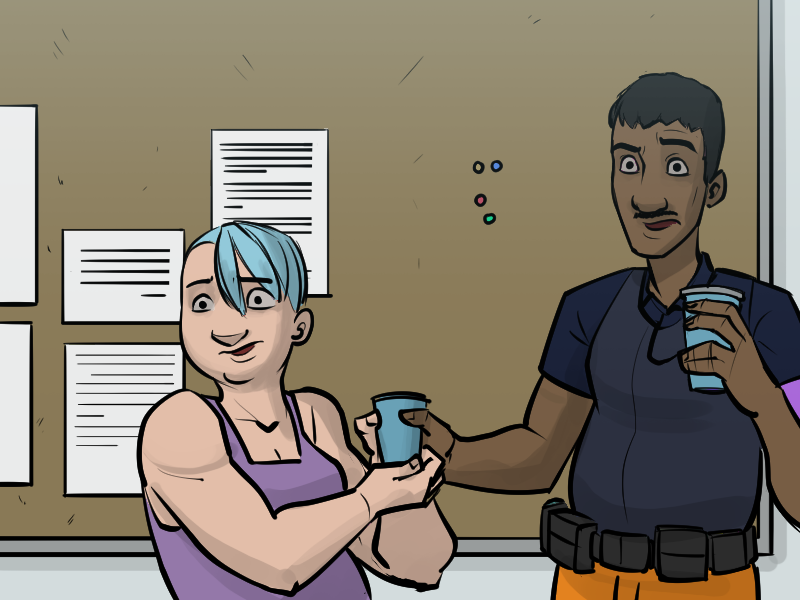 "Are you following any of this?"

"I get bits and pieces."