"We don't know what's happening, how exactly are we going to plan?"

tegerioreo:
Who's the "them" we are looking for? Amie and the other - unknown, possibly dangerous - people?

"We know Elizabeth has Amie," says Kendra, and they do.

They'd asked one of the receiving nurses in Emergency and she'd told them that the 'nice young blue haired woman' who had been waiting all day had gone off with two police officers and a woman in a suit. Apparently the woman in the suit had argued with one of the site supervisors and had been given one of the spare offices in the administration wing, which is where they are now.

xooxu:
Reconnaissance. Peer in through the window and try not to be seen.
tegerioreo:
Yeah, I'm in favor of being sneaky. 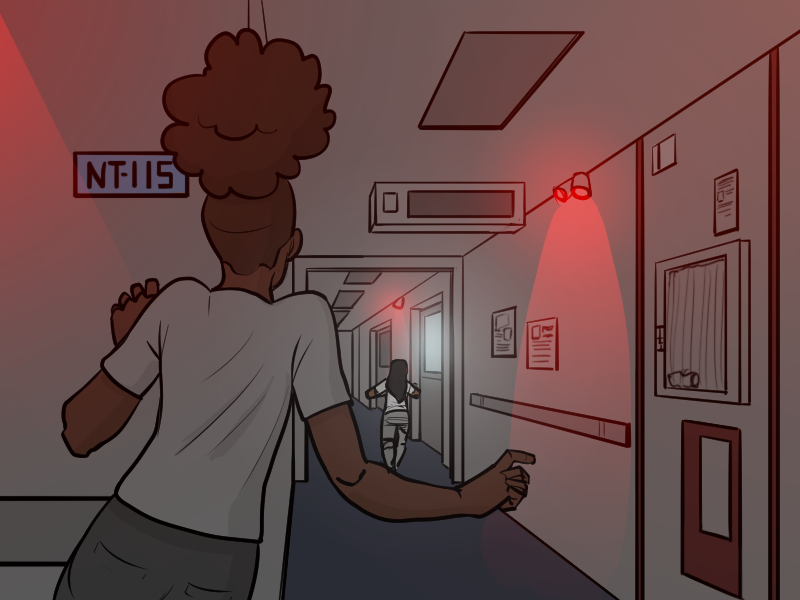 "Dammit, I gotta get a leash for that girl."