She… she is pretty sure that Piotr is involved in all of this somehow. "The" little dog doesn't appear to be able to be trapped by the machine. Do dog's count as observers? Bina's pretty sure they should, but she's seen Piotr look right into the thing, and not register even interest. 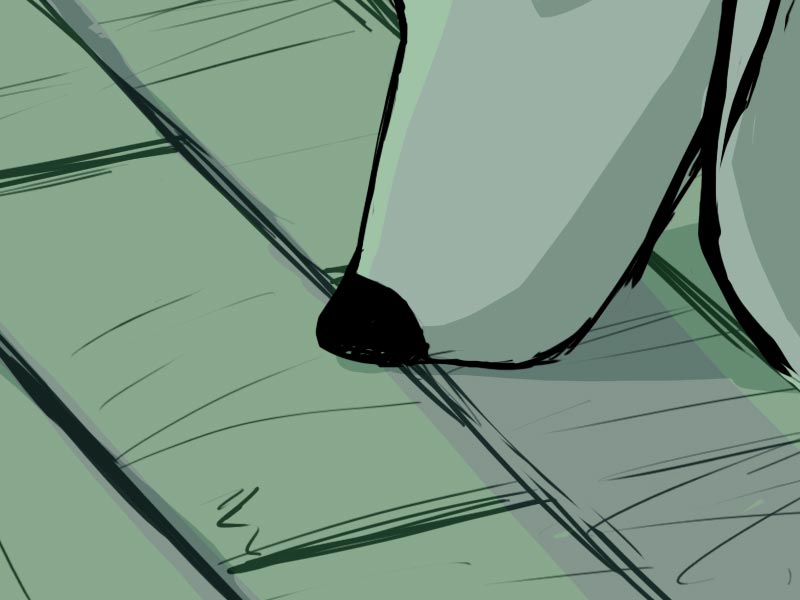 "The" little dog is snuffling at the cobblestones. She seems pleased to be out of the room, but…

No. She's not willing to do something to hurt the dog. She just isn't. Even if she was sure it would work, which she isn't, she doesn't know if she could do it.

And the device… last time she even touched something that -came- from that thing it sliced right through her arm. She doesn't want to imagine what walking into it would do to her. It's connected to the laundromat somehow, but trying to use it as a doorway would probably be spectacularly lethal. She doesn't want to try it. Vague threats of Gregor taking her into the basement are not enough to risk that.

She's gotta try something else.

The:
> You fell into this place, right? Try to jump pack up into the sky. 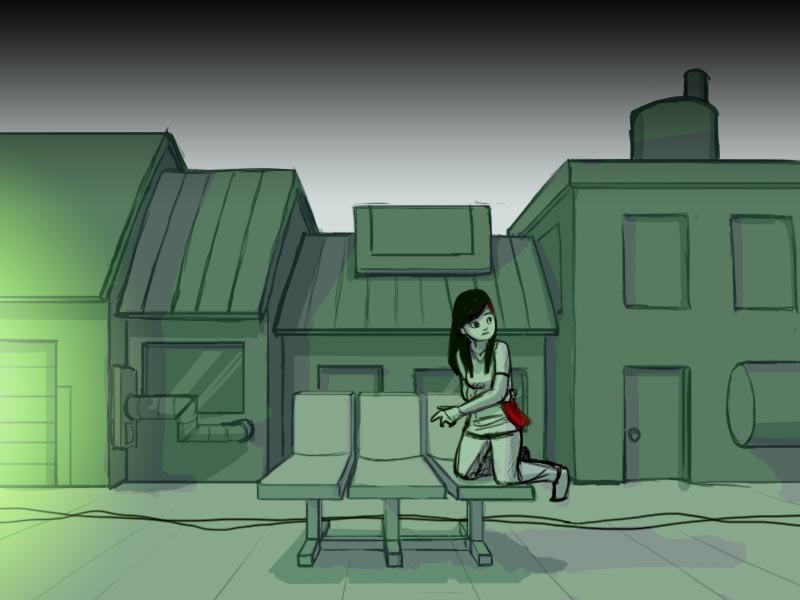 Bina explains that she FELL into this place, maybe she can get out by going up.

So what? She is going to be jumping? Into the sky? Like superman? Petrovich tells her that this is terrible plan. 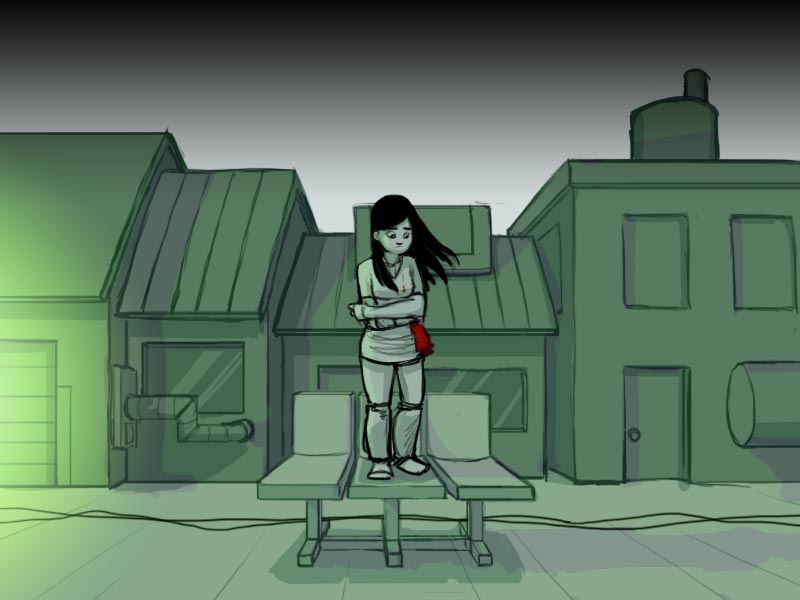 Bina who HAD been about to try jumping stops, embarrassed.

"The" sky has gone all black overhead, like she remembers when she fell. Only a thin band of bright summer sunlight remains around the edges of the horizon. Maybe this is what it normally looks like, when someone is in the laundromat? She doesn't know. "The"re's so much about this that she doesn't know.

God, none of the people in the stories she read ever felt like this. "The"y were scared, yeah, but never useless. She shouldn't BE here. Someone else should be here. Someone who knows what they're doing.

I have been informed by several people that the flickering is nauseating. As my intention is to amuse, not to cause stomach upset, I'm going to stop using it.

I'm mentioning it here because people might think it was plot relevant, and it is not.