2Cre@te:
> So you're on a double time jump now? How much time has actually passed?

Unclever:
Either that or Bina spent some recovery "time" in the Moment. 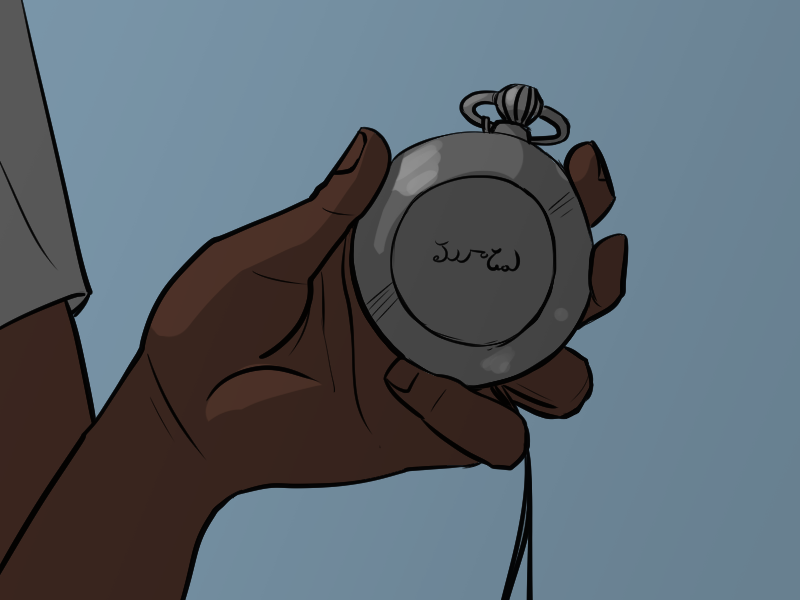 "Mel and Emmie think it's been about six hours since Mel drained the abscess in your knee and we put you on real antibiotics, buuuuut it's actually been more like three days. That extra time I saved by using the time machine? This is what I wanted it for."

"Oh," says Bina. "Is that why there weren't any supplies in here?"

"Yeah, I kinda used them all, though my sister apparently thinks I suck at bandages."

Bina isn't sure how to respond to this. She tries a few responses in her head and they all sound insufficient. She settles on "Thanks."

"I'm just glad you got better. It would have been tricky to explain a relapse happening in like… five minutes."

"Hah," says Bina, and then a thought strikes her. "You weren't awake for those three days, were you? You slept right?"

"Are you sure? 'Cause you don't look like you look kinda tired."

"Yes! I slept, and I read more of your journals and I fed your creepy little ghost dog." 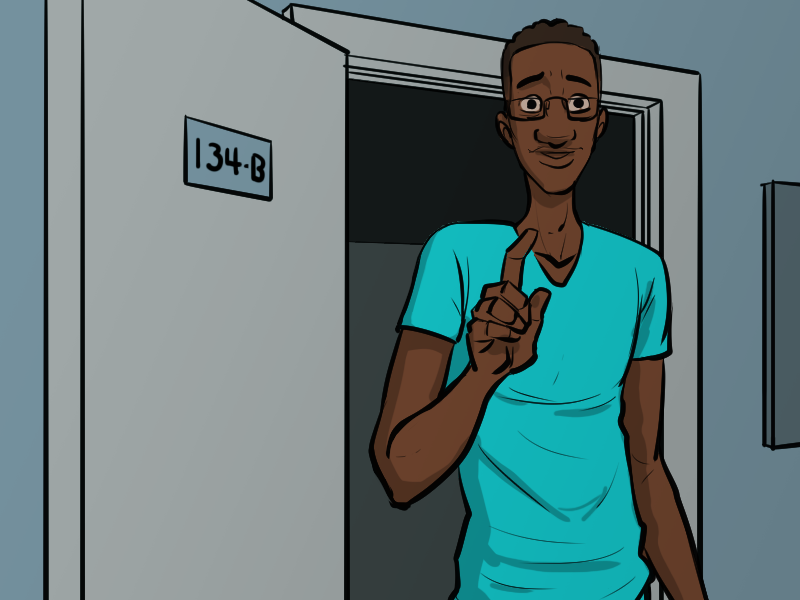 "I don't mean to interrupt, but is Melissa hiding somewhere around here?"

"Right, I will wait here then, if that is all right."

"Not for another twenty minutes, we only have one surgical room going right now so I have a little time. It's a kind of crazy out there. Nobody likes being delayed, especially not after being prepped for surgery, and of course, nobody likes being in the dark."

"Oh! Yes, sorry, I went through the Emergency waiting area on my way back. I think your friend has gone home."

The interplay between where I think the story needs to go, the suggestions you make, and the mental models that I have of the characters, all contribute to a pliable narrative that surprises me at least as often as it must surprise you.

It has been disconcerting to realize that writing this story is an organic process and I'm no more in complete control of it then any of you are.

At the point in question, I knew that Elizabeth was in trouble and that Gregor was going to go after her. There were a few ways out of this precarious situation for her, some good, mostly bad, but the one I thought most likely to happen was that she was going to be backed up against the edge of the hole by Gregor and she'd end up jumping to the gondola and be stuck in there with Kendra and Bina. Bina missed grabbing her when she fell, but if she had jumped, and Bina and Kendra had been there to grab her, she would have made it.

The reason that this option wasn't available when we finally got to the critical moment was that both Bina and Kendra were distracted on their way up out of the hole. They were reading and talking about the journal, and they were neither talking to Elizabeth nor paying much attention to what was going on. They weren't in a position to notice Gregor until it was too late to do anything.

On Elizabeth's end, she thought Gregor, if he existed, had to be down in the pit. He had attacked her team down in the science outpost and she knew he hadn't come back up by way of the gondola, so in her mind he had to still be down there. Bina and Kendra were aware that he had, at least, one other way to get back upstairs, and that he almost certainly had more, but they never conveyed that fact to Elizabeth. Bina had told Elizabeth about Gregor in their second phone conversation, but Elizabeth wasn't looking out for danger to herself because they hadn't managed to convey the fact that Gregor might be nearby.

If either of those things had been different then the outcome of that situation would have changed. I don't really know what such a modification would have done in the long term because, as I said, the process of writing this is very organic, but things would have ended up being quite different.

Xam:
Jack, the very last line is Kendra's dialogue and is supposed to be bolded.