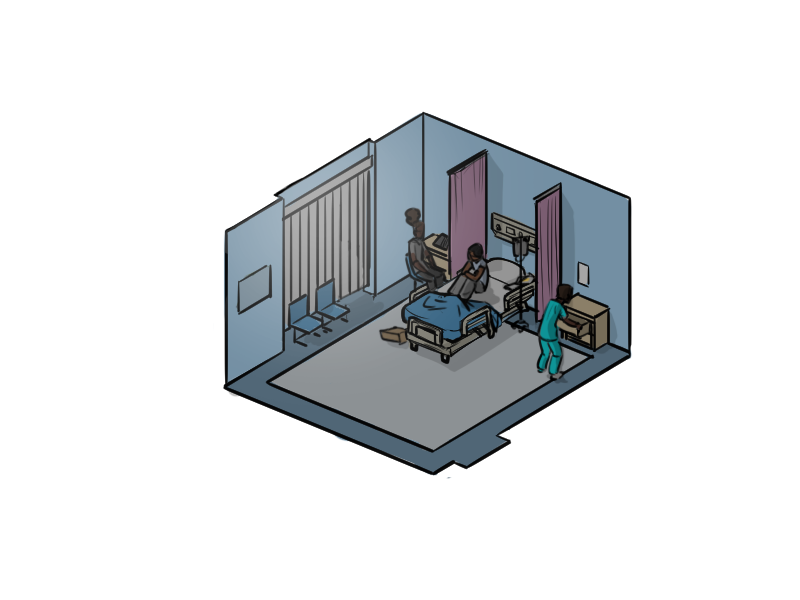 "Where are the extra bandages? I'm going to have to replace the ones she's wearing."

"Because they're a mess."

"I thought you said she hadn't bled through them."

"She hasn't, the bandages are a mess. Where are those spares?"

"I don't know. I thought you took them with you when you went to check in with Doctor Whatshisname this morning."

"Make sure to pick up some more antibiotics too, looks like there's no extras and the bag is almost empty."

"Really? Christ. I told Emmie to - all right, and some more saline. Look, if Emmie gets back first, don't let him touch those bandages, he likes to pretend he's a doctor."

"Technically you're not a doctor either."

"See Bina? This is why I was on the debating team and Melissa wasn't."

"And did our debate team ever win anything?"

"Touche," says Kendra. "Well? Are you going to go get the stuff?"

"Yeah, sure, just keep her in bed. Don't let her go wandering around again."

"I'm right here," says Bina, getting a bit sick of Melissa's habit of talking about her and not too her.

Melissa manages to deliver that last sentence as though she were firing it from a nail-gun.