Oooh no, if she does that she won't be standing up again.

tegerioreo:
Double check the IV bag. How much fluid is left? What fluid is it exactly? Is the bag labeled?

She checked it earlier. At least one of the bags seems to be antibiotics, which probably explains why she's actually alive. One of the others is clear and says 'Sodium Chloride' which means it's saline and another is yellow and has a whole bunch of chemicals on it, she's got no idea what that one is for, maybe that's where the painkillers are coming from?

The saline bag is almost empty, but the others are still half full.

BreadProduct:
The bag itself is a useful tool. Take the bag.

She takes the bag, she's not really sure why, but going out there with only a flashlight feels really dumb.

Xam:
Put the pillow and blanket in the bag and take the bag with you. A pillow doesn't seem too useful, but you'd never know when you might need it to cushion something. And the blanket might help as a sling or make-shift bandages.

Next time she see's a Naught, she'll ask to borrow one. They've got enough to spare a few.

Unclever:
>Maybe you shouldn't be planning on exploring a darkened hospital when you're still pretty weak and all?

That is a very good point, and if this were any other situation she'd agree, but she's not going to get a chance to punch the Botfly in it's big stupid face laying around.

Besides, she's worried about Kendra, and Elizabeth, and Amie of all people, but that last one is probably just her anxiety playing up.

Having run out of ways to delay, she heads out into the hallway. 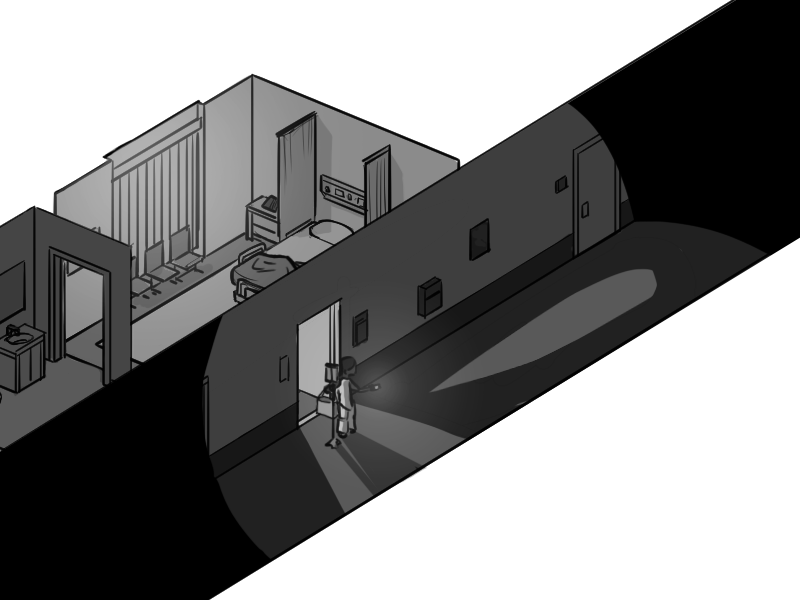 To her right, the corridor bends sharply just a few rooms down, to her left, it carry's on into darkness, but a sign across from her tells her that this is the direction of the nurses station.