Not particularly. She's in exactly the same position, it's just ten minutes later and she's more tired and scared.

It's dark in the bathroom, because of course it is.

Going pee in the dark while trying to wrangle an IV-line is something Bina hadn't experienced before. Oh the things that had been missing from her life…

She finishes up and tries the sink. 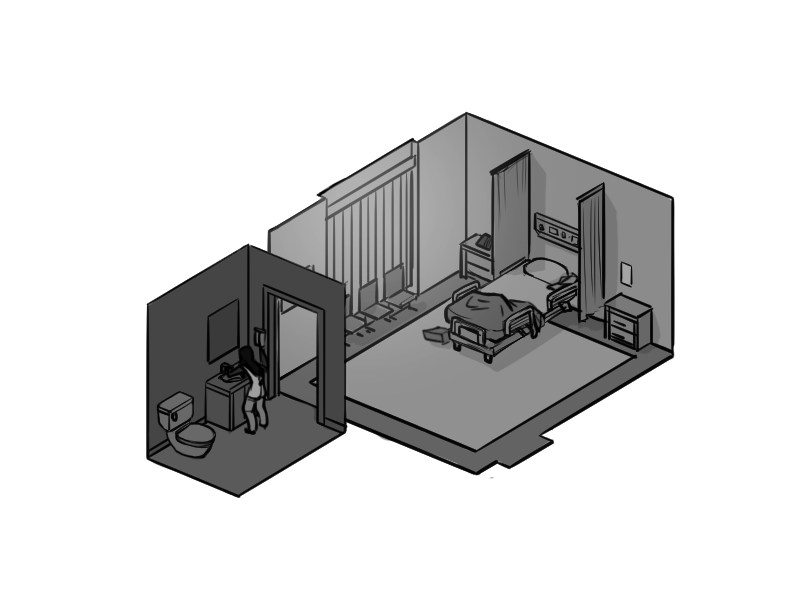 tegerioreo:
Water: Blast out of the faucet in a sudden alarming spray.

Water: Be rust brown at first.

Water: Clear up after running for a few seconds.

Lukewarm water splats down into the sink, an instant later it turns brown with rust.

Nobody has used these pipes in a while. Is she in an abandoned hospital?

After about thirty seconds, the water runs clean, and she awkwardly drinks with one hand. The choice was between IV-hand and Spooky Hand, she goes with IV-hand on the basis that losing the tape on that one is unlikely to summon extra-dimensional horrors.