curiousFellow:
>It is probably a bad idea to use your arm as a flashlight now to be honest.

Yeah, that would be a not-so-very-good-at-all idea. Not happening. She'll jump out the window first.

Beastnix:
>maybe best to close the door and rest? least until your leg muscles recover

With zombies outside? You realize this is totally a point where zombies happen, right? Bina has actually already been through that bit and it sucked the first, like, five times.

Bina closes the door and retreats into the room. 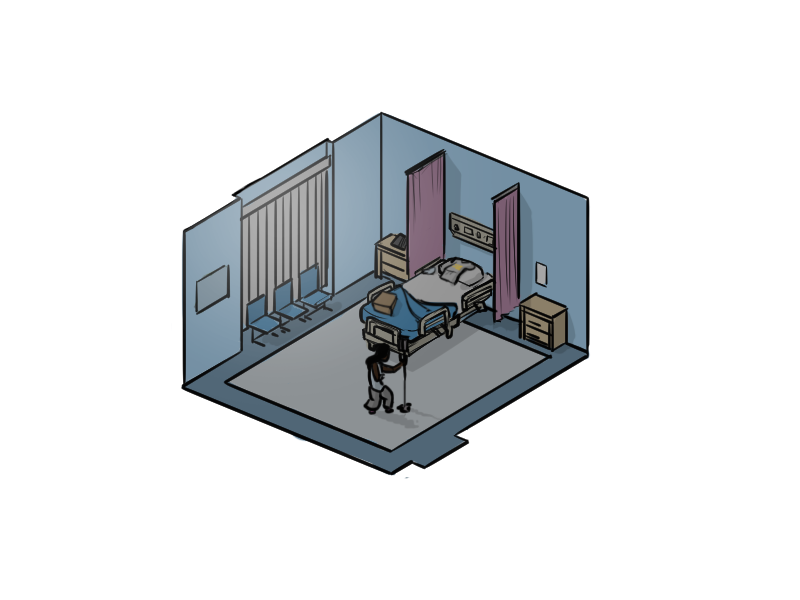 Fffff…. no locks on the doors. Of course there are no locks. This is a hospital. A creepy empty hospital with no power.

Dave:
This is going to be tricky with your various limbs in their various states of broken and occupied by IV's, but…

She considers shoving the side table in front of the door, but it's on wheels. What good will that do? Everything in this room is on wheels!