Primary Temporal Position: 1007
Reset Temporal Position
Unclever:
>No lights, no power, no doctors… Could it be that Kendra informed the staff of the specifics of your condition… and they actually took her seriously?

That would be amazing, though in that case, she'd kind of expect Kendra to be here.

That, or he smashed or ditched it.

xooxu:
Call Lash. The real Lash. You want to hear her voice.

She does! Aargh… but she can't. God, it - how could she bring Lash into this?

tegerioreo:
Do you really want to talk to Lash right now though? Probably not.

It just - no. She can't do that to her. What would she even say?

tegerioreo:
Either your roommate or your parents.

She's not sure what she'd say to either of them. If she could just -

Was that a noise out in the hall?

Bina hides behind the curtain and almost immediately feels like an idiot. 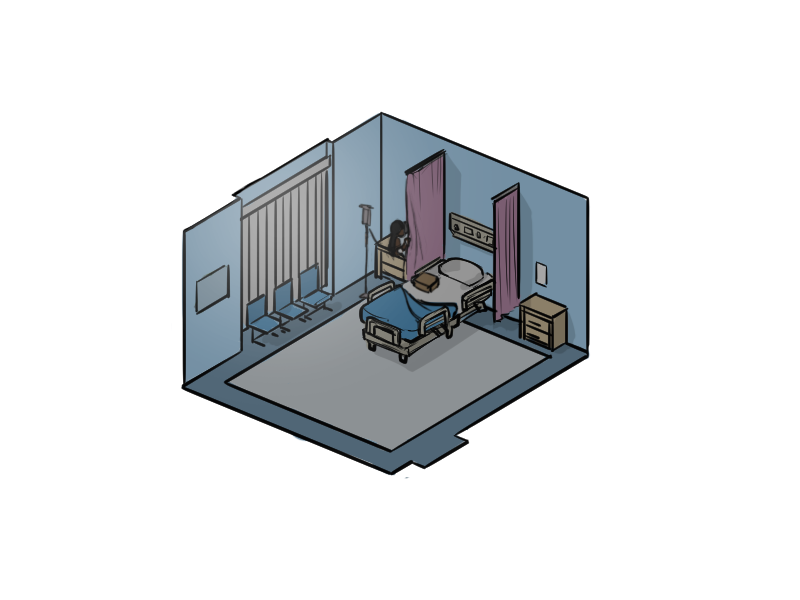 She's not sure if she actually heard anything. Probably not, with the dial tone buzzing in her ear, scratchy with static. It seems at least some part of her dream was real, she is leaking again, or still or whatever.