rachelcp:
good points-COmpromisE grab phone if it's wireless take it with you to the bag even if it's only a few steps of going back and forth those are a few more steps that Bina might be able to walk when in imminent danger and a few extra steps could save her life.

The phone is not wireless. It is an old-school 'stand here and talk' kind of deal. She decides to be adventurous and head for the bag.

All she needs to do is -

Luvyna:
> Go to the bag, with great difficulty 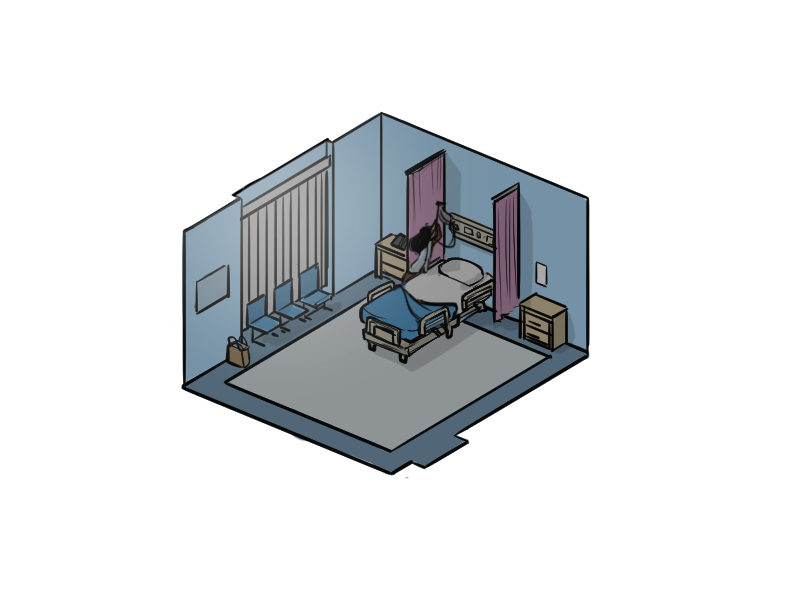 She very nearly loses the IV stand right away as her landing knee protests at the very idea of bending in a useful way and she discovers the hard way that the stand is on wheels.

Very nearly, but not quite.

With a lot of quiet swearing and some awkward spinning to untangle herself from the IV cord, she manages to attain her feet. 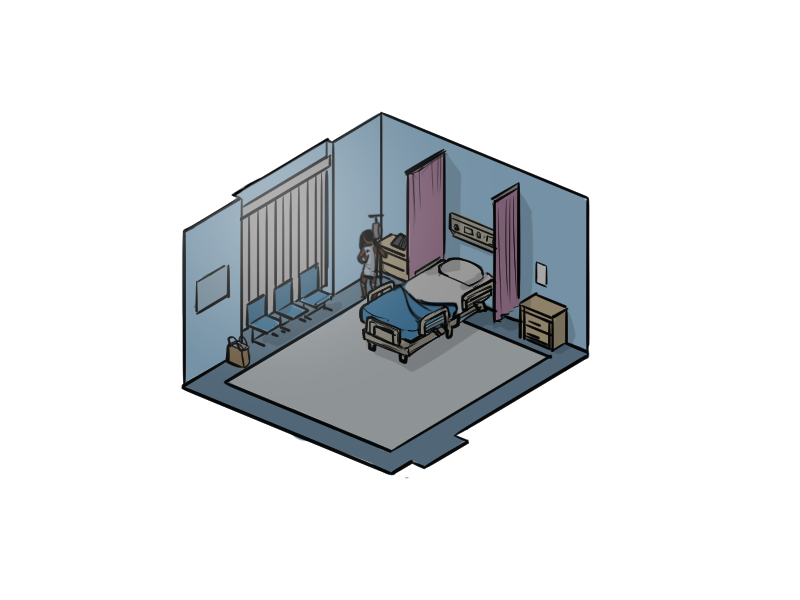 Leaning on the IV stand and trying not to bend her knees, she waddles to the bag. 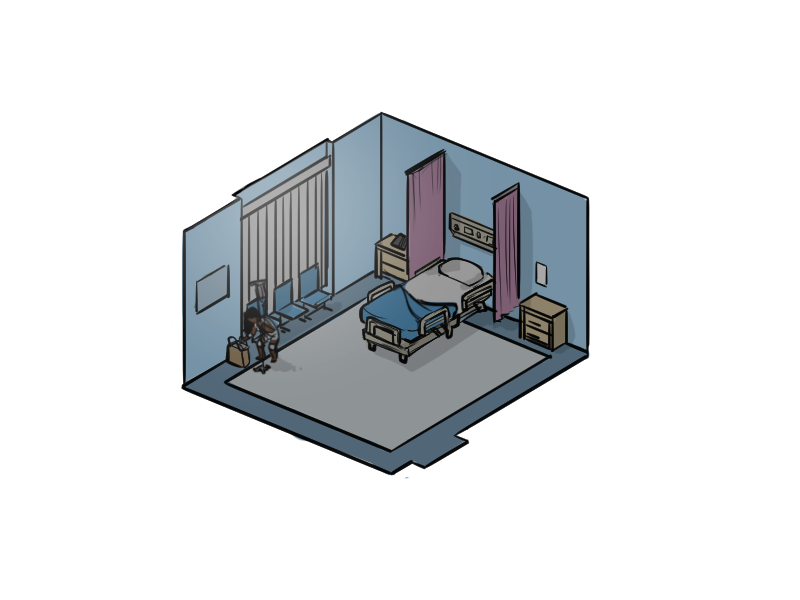 It looks like it contains a change of clothes. Bina is pleased by this, as she is feeling distinctly breezy in nether regions in this hospital gown.