Looks like they did, whoever they are. The bandages are fresh and made of thick medical gause attached with clear plastic tape.

Wessolf27:
Bina: Try to see if anything on your body still hurts. If you can move, maybe you should try looking for Kendra and Elizabeth.

Her arm, the bad one, feels like it always does: entirely normal. After her dream she'd thought maybe… but no. No dripping ooze. That's a bonus.

Her knees still hurt, but the pain is distant, like something viewed through frosted glass. She's on some pretty effective painkillers. The burned stretched feeling on her face has vanished, and the hot buzz in her head and shoulders is fading.

a52:
That… is a very good point. We don't want any hypnotized surgeons running around, but I don't know how Kendra could have convinced them to not check it for infection or something.

Bina remembers that Kendra was going to try to take her to a hospital. Looks like she sort of made it… maybe. This looks like a hospital room, but overhead light is off, and Bina can hear no sounds outside her door.

Just as soon as you figure out how to get this bizarrely heavy sheet off of you.

She tries to get up, and stops at a tug, not on but in, her hand, the good one, the one that shouldn't have anything wrong with it. Bad memories crowd her for a second until she realizes that the wire she's attached to feeds into an IV line. 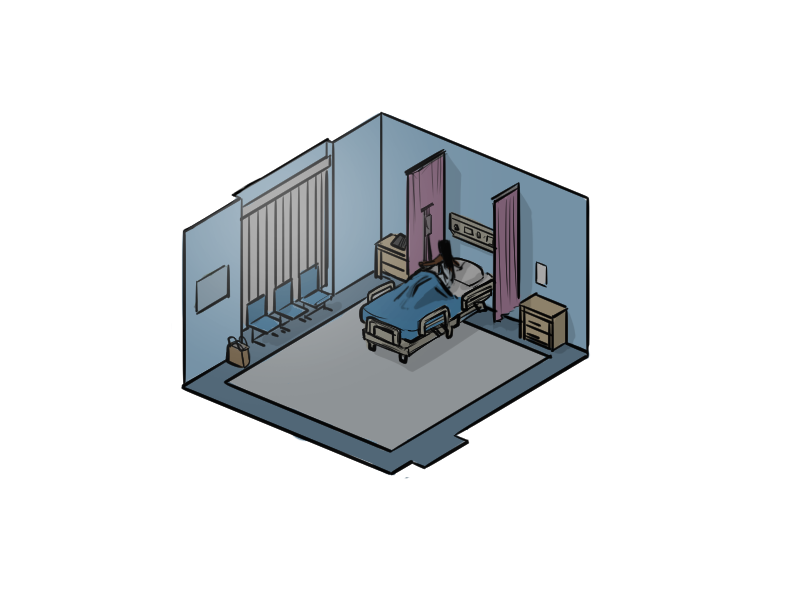 The label on the IV bag has an eight syllable word she doesn't recognize but it ends in 'miacin', so Bina guesses it's probably antibiotics. There are two other bags leading into the drip line as well, but she can't read them from here. It looks pretty heavy duty.

How sick was she? Her mouth is dry and doughey. She needs a drink.

Did they actually save Elizabeth? Her memory is all scattered. Why does she remember talking to Amie of all people? No… the Amie she remembers talking too had short blue hair, it must have been a dream.

Bina pokes at her knees a bit. 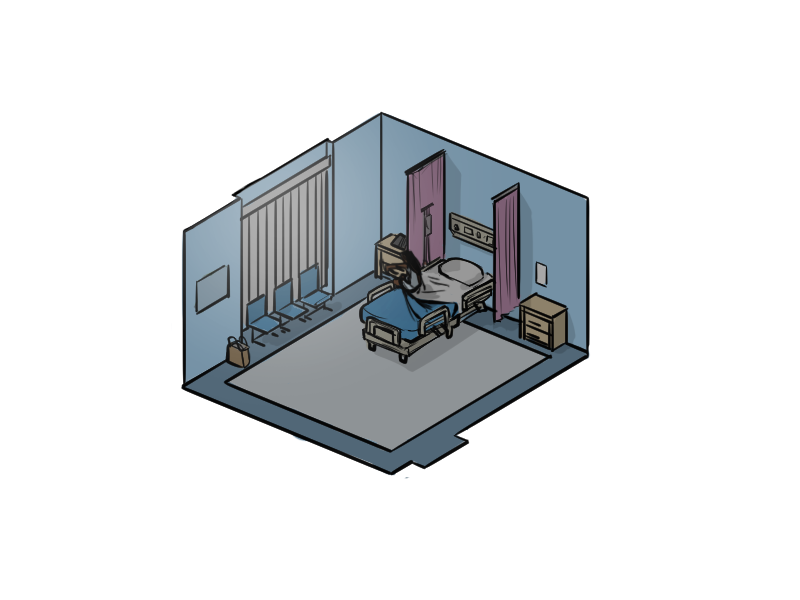 Pain there, distant, but the bandages are thick and white and dry, not crusted with blood and pus, so that seems a step in the right direction.

She is reasonably certain she might be able to stand.

Hah! This is great! Sorry, I didn't see this yesterday. Very cool.